@ALL LOCATIONS IN SERBIA 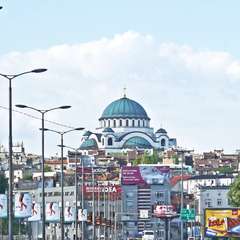 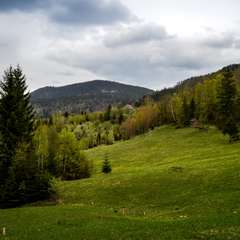 One of six states that comprised the former Socialist Federal Republic of Yugoslavia, Serbia (RS) is surrounded by Hungary, Croatia, Montenegro, Bosnia and Herzegovina, Bulgaria, Albania, and Romania. Regional tourists flock to the capital of Belgrade and mountain resorts found in Kopaonik, one of the top ski destinations in Central Europe. The country is popular with visitors from Germany, Austria, Italy, and France, but otherwise, Serbia hasn’t made much of an impact on Western tourism. This is beginning to change, as more and more travelers learn of natural and man-made attractions this landlocked gem has to offer. The Serbian people are particularly welcoming of foreigners, and the majority of locals speak decent English — or eager to practice what little they know.

Getting around is much more convenient if you rent a car in Serbia, and you’ll be delighted to find a serviceable road network and local drivers who shatter the Balkan stereotype for reckless driving. The traffic code generally consists of common-sense laws that will be familiar to drivers of all nationalities. Police have an “everywhere” presence on urban and rural roads alike, which contributes to the overall sense of order. Cheap car rentals in Serbia are widely available, fuel prices are consistent with European averages, and highway tolls are more than reasonable. As for driving in rural areas, the standard warnings and hazards apply. It’s probably better to avoid driving at night, and watch out for animals on the roads, But otherwise, driving in Serbia will be a pleasant experience — and especially refreshing for visitors with experience navigating the usual chaos of Balkan countries.

Tips and advice for renting a car in Serbia

With a significant portion of land dedicated to agriculture, heavy farm vehicles are a common sight on major roads.

The majority of car rentals in Serbia are equipped with manual transmission. Expect to pay more than double for a car with automatic — if there’s one available. Book well in advance to increase your chances of securing a car.

Car hire deposits are exceptionally high in Serbia — actually, deposits are steep in all Balkan countries, probably for good reason.

Traveling in a car rental to bordering countries is generally allowed, with the exceptions of Kosovo and Montenegro. It’s probably a good thing you can’t drive in Montenegro, by the way.

Street parking in major Serb cities can only be paid via SMS, and you need a Serbian SIM card to make the transaction. Your best bet is to find other modes of paid parking, because the authorities can and will tow your vehicle away for non-compliance.

All road signage is in Cyrillic and Latin (Roman) characters — but don’t expect to recognize any of the words. Otherwise, international pictograms are used in all traffic control situations.

Serbia, one of Europe’s most culturally diverse countries, is a warm, welcoming and fun destination with a reputation for non-stop nightlife in the cities.  The country is largely mountainous with the fertile Danubian Plain and limestone ranges.

Along the Danube’s 588 km course through Serbia, it passes through the picturesque Vojvodina flatlands and two national parks. The Danube is a major asset of Serbia’s tourism industry and a cruise on the majestic Danube is a special experience.

Serbia was recently voted one of the most affordable countries for a holiday, partly because prices for local dishes are lower for visitors from other countries. And by renting a car you can see so much more and have a great time, without spending more.

Belgrade, Serbia’s capital city (also called the ‘White City’) is positioned at the confluence of the Danube and Sava rivers, making it a strategic stopover since ancient times.

Any visit to Belgrade should start with the Kalemegdan Fortress, the city’s most historic site. The 7,000-year fortress rests on the white rocks at the confluence of the Danube and Sava rivers. Today, Kalemegdan’s grounds feature an observatory, an art pavilion, a zoo, a promenade, and a sports and amusement park.

From Belgrade, a scenic 175km route will take you to the Valley of the Kings beginning at Kraljevo in central Serbia. Dolina Kraljeva (‘Valley of the Kings’), also called Dolina Jorgovana (‘The Lilac Valley’) is home to some of the most valuable Serbian mediaeval monasteries. Make sure you stop along the way to enjoy village tourism, homemade products and the forest areas of Sumadija.

Known as ‘the heart of Sumadija’, Kraljevo is the city on three rivers, surrounded by five mountains and two spas. The city owes its name to seven kings who were crowned in the nearby Zica monastery over centuries.  The Zica monastery is considered the ‘mother of all churches’, with its characteristic red facade.

A 100km south from Kraljevo is the Raska region.  Some of Serbia's loveliest monasteries are hidden away in the hills. Novi Pazar, the largest town in the region, was the heartland of the Serbian medieval state. The oldest and most interesting buildings are in the old bazaar area south of the Raska River, where the 16th century Altum Alem Mosque still stands.  The 15th century Turkish bath, the oldest in Serbia, is an incredible structure with eleven domes of varying sizes.

Banja Koviljaca, in the western Podrinje region, is located on the right bank of River Drina, in the foothills of the mountain Gucevo, about 150km from Belgrade.

Banja is surrounded by one of the biggest and the most beautiful parks in Serbia, suitable for walks and recreation, whilst at Gucevo there is a large number of popular resorts.

A 130km northeast from Banja Koviljaca lies Novi Sad, the cultural capital of Vojvodina. Novi Sad is a charming city of theatres, museums, galleries, interesting cafés, unusual restaurants, little parks and the most beautiful beach on the Danube. Be sure to attend EXIT - the biggest music festival in South Eastern Europe, taking place in July at the beautiful and magical fortress in Novi Sad.

A short drive outside Novi Sad is Salasi, the lighthouses of the Pannonian plain and symbols of traditional life in Vojvodina.  This is a must visit and will make your stay in Novi Sad and its surroundings an unforgettable moment to share.

Serbia is a fun and affordable destination with a lot to offer, and we are here to help you do more by spending less.  To find the best deals and choices for rental cars in Serbia and accommodation you need not look further than Cheaperthancars and Cheaperthanhotels.