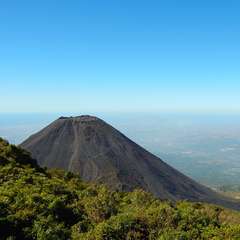 The smallest Central American country of El Salvador (SV) lies between Guatemala and Honduras on the Pacific Ocean. Despite a wealth of natural beauty, pre-Columbian architecture, ancient Maya ruins, and opportunities for aquatic and wilderness adventure in a delightfully consistent subtropical climate, El Salvador has hardly been a blip on the radar of international tourism.

In fact, it’s been a place that people have been desperate to leave, in the past, rather than visit. Hopefully, it’s bad reputation as the crime capital of the world has been left behind in favor of a stable government and rapidly developing ecotourism sector.

The most densely populated country in Central America is home to active volcanoes, a vibrant surfing community, and a range of affordable and accessible attractions. Its capital of San Salvador is the primary gateway for international visitors and a surprisingly modern and cosmopolitan city that’s setting the tone for El Salvador’s rehabilitation as a destination worth visiting.

The most convenient, safe, and comfortable way for visitors to explore is to rent a car in El Salvador from one of the major international car hire providers. Despite its war-torn past, El Salvador is remarkably well connected by a national web of highways and roads on par with any other country in Central America.

Local driving habits may not have caught up to international standards, but experienced drivers will most likely come away with a lackluster impression: Nothing new to see here. Carry on. While the road network in San Salvador may appear to be a grid from outer space, in reality, it’s more like a bunch of straight lines at slightly random angles.

But again, driving in El Salvador is no more or less of a challenge than driving in any other country. There are simply places you shouldn’t go, and common sense will be your greatest asset when navigating this sadly neglected but beautiful country.

Tips and advice for renting a car in El Salvador

The majority of criminal activity in El Salvador does not involve or affect foreigners. The key to staying safe is to avoid wandering into unfamiliar territory. El Salvador is a place where you really need to know where you’re going.

Despite the bad press, Salvadorians are some of the nicest, most polite people on the planet.

Car rentals in El Salvador include Collision/Loss Damage Waiver, which excludes tires and wheels, not coincidentally, the most commonly damaged features of vehicles driven in El Salvador.

Notify your El Salvador car hire provider if you (A) want to take the car out of the country; and/or (B) plan to travel in the northern region near the border with Honduras. Restrictions may apply.

Police checkpoints are generally innocuous for foreign visitors — cops will only want to see your papers. However, there’s considerable debate about carrying original travel documents, or if copies will suffice. You should definitely do some asking around after arrival.

Night time travel in El Salvador is strongly discouraged, as is walking around San Salvador after sundown.