Search For Your Rental
IN CANADA OR NEAR YOU
Pick-up 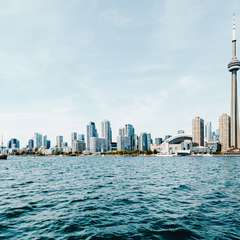 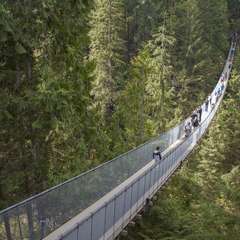 Canada is the world’s second largest country by land area, and a massive expanse of varied topography spanning six time zones and an array of regional climates. With most of its population residing in urban areas within 200 km of the U.S. border, many of Canada’s top attractions include the cities of Vancouver, Calgary, Winnipeg, Toronto, Montreal and Quebec City. However, many popular destinations are found in the wide-ranging and picturesque wilderness found in each of the country’s 10 provinces and 3 territories.

The Trans-Canada Highway (Route 1) is the mainline of Canadian ground transportation and runs virtually from coast to coast — Newfoundland in the east and Vancouver in the west — but it’s only one of several routes that spans the entire country. Generally speaking, driving in Canada is one of the more straightforward and reliable behind-the-wheel experiences you’re likely to find. Established roads are in fair to good condition, most cities are laid out on a reasonable grid (with few exceptions), and the vast majority of travel flows in a logical north-south-east-west orientation. Meanwhile, Canadian drivers have a reputation for patience and fair play, and sharing the roads has a sense of community.

The essential foundation of driving in Canada is distance. With the exception of certain historical city centers, the bulk of popular destinations and attractions are spread out by kilometers of increasing magnitude. Public transportation may often be adequate in urban areas, but the most flexible and economically viable way to explore the vast terrain is to rent a car.

All the major car rental companies are doing business in Canada, so you’ll see trusted names of Alamo, Budget, National, Europcar, and Thrifty — among others. Your choice of cheap car rentals leaves nothing to be desired, staring with minicars and economy 3-door hatchbacks. The sedan class covers standard, intermediate, fullsize, premium and luxury vehicles. You’ll find plenty of estate wagons, 7-12-seater minivans, and all-wheel drive SUVs.

Tips and advice for renting a car in Canada

Avoid surcharges on Canadian car rentals by returning the vehicle to the same location you picked it up from.

Read the fine print of your car hire agreement — and read it again. Unlimited kilometers may only apply to the province in which you rented the car.

Be advised that your Collision/Loss Damage Waiver (CDW/LDW) and roadside assistance plan may not be valid when driving on remote routes outside of the Canadian classification system — i.e. unmarked and unpaved roads.

Cars with manual transmission are exceptionally difficult to rent in Canada. Some say these vehicles are not available at all. Meanwhile, economy and compact hybrid cars are increasingly available for rental.

It’s always a good idea to discuss your travel plans with your car rental provider in order avoid after-the-fact surcharges that may be incurred, for instance, by unknowingly driving on a electronic toll road, for instance, Highway 407 (Express Toll Route) near Toronto.

Traffic cameras are increasingly prevalent across Canada, particularly in places where you might not expect to see them. Many cameras are dedicated to speeding, but a growing number can catch you running red lights, making illegal U-turns, and handling a mobile device behind the wheel (although hands-free use is generally accepted).

In summer, people on Canada’s east coast are getting the first glow of morning as the sun races across the Atlantic Ocean, while on the west coast others are just going to bed.  The country’s sheer size makes having a car important to get out and explore, and the time goes by quickly with a myriad of things to see and do.

So buckle up and head out in your Canadian car rental as we take a look at three cities in eastern, western and central parts of the country.

After a night of being in the vibrant downtown of this maritime city, you’ll want to get up early in your Canadian accommodation and drive about an hour to Peggy’s Cove, 44 km (27 miles), because there’s something about watching a sunrise knowing you’re one of the first in North America to see the day begin, and what a place to witness this phenomenon over granite rock laid bare from the Ice Age.  Be sure to capture the moment with a selfie on Facebook.

Next, keep heading south on an ocean side road, aptly named the Lighthouse Route to Chester, 67km (42 miles) with white powder sand beaches along the way.  This historic town boasts prestige real estate and the oldest rural pub in the province.  Ride the ferry to Big Tancook Island 6 miles offshore and although you can’t take your car, it’s good for biking and walking where you’ll undoubtedly meet some of its hospitable 100 or so residents, with even a food truck serving awesome French fries.  There aren’t any overnight accommodations on the Island so be sure to catch the last ferry going back.

In the nation’s capital there’s no end to events, places of interest and shows.  Tour the Parliament Buildings; walk through ByWard Market or along the Rideau Canal and Ottawa River.  Do you want to tell people, unashamedly, that you were in jail in Canada?  You can when you visit the Old Ottawa Jail that’s also a hostel, and yes, it is haunted.

Head over the Alexandra Bridge by car or on foot and voila!  Now you’re in the francophone province of Quebec where not trying a coffee and pastry would be wrong.  In the nearby town of Gatineau, 9.5 km (6 miles) is Nordik Spa that might well be the ultimate place to chill.

Have you ever been to Britain?  You may not have to if you come here with its old English style houses, rose gardens and tea times.   Do you have a green thumb?  If so, you need to visit The Butchart Gardens with world acclamation for its flowers, or tour the Emily Carr House featuring this renowned Canadian painter and author.

In nearby Colwood, 12 km (7.5 miles) is the oldest lighthouse in western Canada and Fort Rodd Hill is the site of a military installation from the 19th century.  Stay the night inside the fort’s walls in an oTENTik that could be described as a tent with proper beds.

Every great vacation should have a little sun, surf and sand, so Comox, 225 km (139 miles) on the national Trans-Canada Highway, is a great choice with some of the best beaches on Vancouver Island.  Amazing sunsets are probably as perfect as you can get to winding down the day.  In fact, this whole area known as Comox Valley is captivating with stunning scenery.

With so much to do in this big country, you don’t want to spend a lot of money just to lay your head.  At Cheaperthancars and Cheaperthanhotels our mission is to find you accommodations that are truly affordable in Canada and elsewhere in the world, so that you have more money in your pocket for doing things you want to do.  Have a great trip! Bon Voyage!

If you’re planning on a road trip in Canada, either by your own vehicle or a rented car, the overview below will help you be safe on the road, as well as avoid unnecessary complications and fines.

To drive in Canada, you’ll need a driver’s license issued from your own country. Depending on how long you stay, you may need an International Driving Permit (IDP, a translation of your license into 10 languages). Requirements vary by province; for instance, in Alberta, you can drive with another country’s license for up to 12 months as a visitor, while in Ontario, you will need an IDP if you plan on visiting more than 3 months. You will also need proof of insurance; call your insurance company to make sure you are covered in another country. If you are using a rented car, kindly check with your car rental company for specific details.

Generally, you must be at least 16 to drive in Canada. In some provinces, such as British Columbia, you must have a learner’s permit until you are 17, and even then, you can only have a novice driver’s license (a license with certain restrictions). Check the province you will be traveling in for specific age restrictions.

The normal speed limits on Canadian roads are as follows:

Speeding tickets will cost anywhere from $25 up to $10,000, depending on the province or territory and how fast you were going. Speeding violations are generally double the normal fine in construction and school zones.

Drunk driving is taken seriously in Canada. You may not be allowed to enter if you have DUI conviction in your country. The legal limit for Blood Alcohol Content (BAC) is 0.08mg per 100ml; if you are found to have more than this level in your blood, you can be charged with Driving Under the Influence (DUI), even if you are just sitting in the driver’s seat, as the car is considered to be under your “care or control,” meaning your actions could lead to driving. For a first offense, you will be charged a minimum of $1,000, and you will likely not be allowed to drive in Canada. For a second offense, you could receive jail time or be banned from Canada.

If you are parking on the street, you should park in the direction the traffic is flowing. Some areas are marked “No Parking” so that snow trucks can clear roadways. Often, you will need to pay for parking or be fined. If you have a disability, you can likely obtain a temporary accessibility parking permit from the province you’re visiting.

The sections above are a general guideline to driving in Canada. However, as laws vary by province and territory, check out local laws before visiting.